Student Loans: The Worst Debt Of Them All

In a not-so-distant blog, I shared with you my view of why there is no such things as a safe or secure job. I also shared that we are so enamored with the idea that someone will take care of us as long as we keep showing up diligently in some office somewhere and punching in the proverbial clock, that we are willing to take on the most toxic debt of them all: Student Loans.

But why do we do it?

I think the lack of education and knowledge on the topic is why people are so eager to sign their name on the dotted line. I mean it’s just a signature and a possibility to get a good education so that I can get a safe, secure… you know the story!

But what is Student Loan Debt and why do I call it Toxic?

What Is Student Loan Debt

Without going too deep into the history of education and funding for it, I believe it is prudent to mention that this whole thing began in 1965 with then President of United States, Lyndon B. Johnson (also known as LBJ). His Elementary and Secondary Education Act and Higher Education Act were crucial in creating additional government funding for education, which opened the door for privatization of money for educational purposes.

As the baby boom generation started families they wanted their kids to have a better education than they did in the hopes they would land even better jobs. Heck, if it works for the kids of elite, it will work for a common person as well. Right?

As education started to be deemed the new normal, which everyone must attain, the basic economic principle of supply and demand started to play role. And the rule says: if the demand is high, prices go up.

And boy, did prices go up.

The statistics show that college education is rising on an average rate of 2.3% per year for private schools and 3% for public over the last decade.

This is what we’d call a booming business.

Why It’s Never Going Away

Great. We’ve confirmed what everyone knows: college education is expensive and it’s been going up for decades.

What does that have to do with student loans and them never going away?

Put your consumer and student hat away and trade it in for a business owner to see the issue from a different perspective.

You have a business that continuously can increase the cost of product sold at roughly 2.8% year after year. For decades. You also have more and more individuals wanting your product. So not only are you growing your customer base, but you’re also growing the prices.

This is what we call sweet in business world. The two methods forces are making your growth exponentially higher each year.

With one awesome caveat, for you of course, not your customer. Their debt can never, ever be written off or forgiven AND can be passed onto the debtor’s heirs!

Now, this is what I call business and the one that literally prints money.

In a tune of about $1.4 Trillion and growing!

Student loans are number one asset of the government and the limited private entities that have joined the fair (or shall I say “fare”).

Why Is It Toxic For You

So, you understand that cost of education is growing. And you understand why they would lend you money for it too. But let’s find out why it’s so toxic to you (even though I have given you the answer a few paragraphs above).

When you borrow money to buy a car (not saying you should do it, I’m just stating a point) and if you don’t continue to make payments they reposes your vehicle. Everyone knows that, right?!

The same happens with your house, a boat, a moat, a goat…

When you borrow on a credit card, they will hassle you to the point where you might want to give it all up and sometimes people do.

Just about any loan you make, there is a way to get out of it, but paying it off, returning the goods, renegotiating payment amount or terms or by filing bankruptcy (again, not recommending, only stating).

The ONLY exception to the above rules is… Yup, you guessed it Student Loans!

They are the only kind of debt that can never, ever be written off! Even when you die, the amount owed can be passed onto your heirs and they will be responsible for your educational debt.

“Congratulations kiddo! For your 30th birthday I gift you my burden! I’ve been diligently carrying that sucker for decades, but it’s yours now.”

Most people don’t know this. So they borrow like it’s going out of style. Taking out more than they actually need because Junior deserves the best and he’s such a good kid, he shouldn’t have to have a part-time job. Rather have him focus on his studies.

Meanwhile, Junior milks the student loan distributions every term to get new kicks and go out with friends. Then milks his parents for additional money to purchase some jeans with those kicks too.

Not realizing they are creating a financial prison for themselves and Junior, parents eagerly sign for Parent Plus Loan.

Ah, the triple income from one product! The government is truly operated by geniuses!

Either that or we truly are sheep!

If you can’t write it off, then the only solution is to pay it off, yes?

But wait, there’s more… as they say on TV!

They structure the debt payment in such a clever way that once you get a job and start paying your loans (it actually typically works that your loans become due before you get a job, but the other way is nicer to put it) the payment is so low, you don’t even mind paying it.

It’s like a giant secret elephant in the room no one wants to acknowledge or talk about.

So you’re paying for 5 years or so and finally you decide to take a look at the balance you owe, thinking I wonder how much lower it got.

Insert exploitative words here. How did that happen?

While you’re paying $80 per month, thinking this is easy and I don’t mind. So worth it. It turns out that amount of money you’ve been paying each month does not cover all of the expenses of your student loans. You had failed to cover all of the interest, none the less touch the principal.

So yes. Your student loans are growing even though you have been paying!

Congratulations! They did promise that your college education is a life long investment and something that will keep giving back for as long as you live.

And they were not kidding!

​Be the First to Know!

Get the latest blog updates, news and more exciting content from Nev and 1 Deal Away. 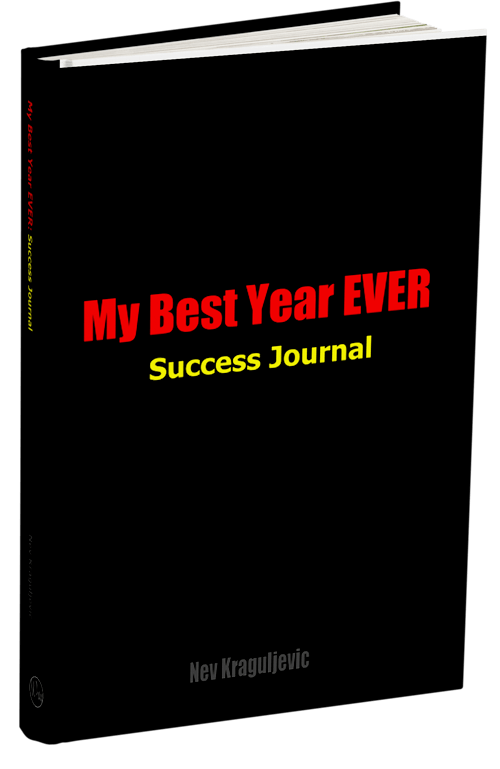 Get My Best Year Ever Success Journal FREE